Marie's Journey. An Illustrated Gift from the Poet

The Danish author Hans Christian Andersen (1805-1875) is beloved all over the world for his fairy tales, including The Little Mermaid, The Emperor's New Clothes, and The Ugly Duckling.

Marie's Journey, a story made by Hans Christian Andersen for a little Jewish girl, Marie Henriques, spent almost 150 years in a safe and has, until now, been unknown.

Andersen had met this bright and sweet three-year-old at the Henriques' home, where he was a frequent dinner guest. The two took an immediate liking to each other, and soon jokingly referred to each other as fiancées.

In the year 1869, Andersen decided to make a grand gift for his fiancée and her family, a picture book, for which he himself cut out the pictures, wrote the texts, and then expertly bound it all together. Imbued with Andersen's brilliance and style, Marie's Journey tells a wondrous story of the adventures of little Marie and her commonsense nanny Sidse when they visit places as various as Switzerland, the British Parliament, and Constantinople. 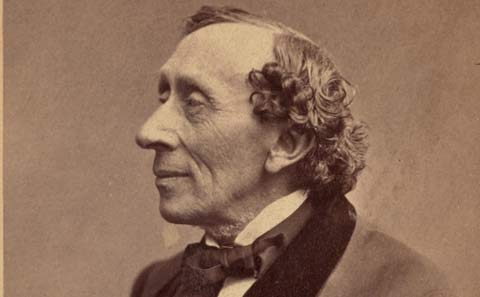