Arrivals: The Life of the Royal Danish Expedition to Arabia 1767-2017

Published in cooperation with the National Museum of Denmark.

250 years ago the cartographer Carsten Niebuhr returned to Denmark. His seven-year expedition to the Orient was over. Now the story of the expedition could be written and its scientific results be put to use.

Through his lens Danish photographer Torben Eskerod has explored a world of Egyptian mummies, specimens of fish, and Arabic calligraphy. The result is an intimate visual encounter with the collections of the Royal Danish Expedition to Arabia, 1761-1767. These collections have resided in Copenhagen for 250 years, but their geographical origins span a vast network of countries in the Middle East, and their research value is eminently global. The collections open a world of artefacts and specimens, of beauty and fragility.

Torben Eskerod’s photographs are accompanied by a series of articles demonstrating the broad focus of the expedition, the enormity of the knowledge it generated, and the high level of ambition that powered it from beginning to end. 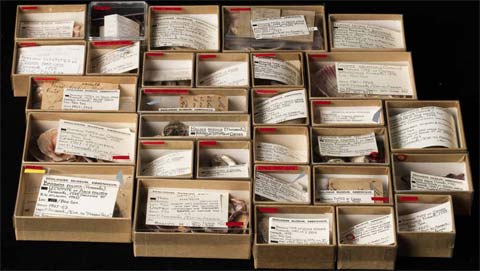