Isfahan. A Millenium of Magnificent Architecture 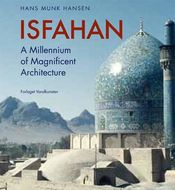 In words and pictures this book presents the historical bridges, mosques, bazaars and palaces of one the most architecturally magnificent cities in the Islamic world.

Since living and working in Iran in the 1950s, the city of Isfahan has been a constant and pivotal point of the author’s work as a professor and architect. Again and again he has returned to the city with his camera and sketchbook to fathom its essence and chart a millennium of incredibly well-preserved architecture.

All the maps and floor plans in the book are the work of the author, who has also dedicated over six decades to taking the photographs within its covers. Many of these photographs have the patina of time, showing the city before it became a modern metropolis, and recording a history that has disappeared forever.

The most recent photographs in the book are from 2015, and include details of the Friday Mosque. With its intricate pillars and multitude of arches of brick the mosque, like Isafan itself, represents a fascinating cornucopia of unique, architectural detail. 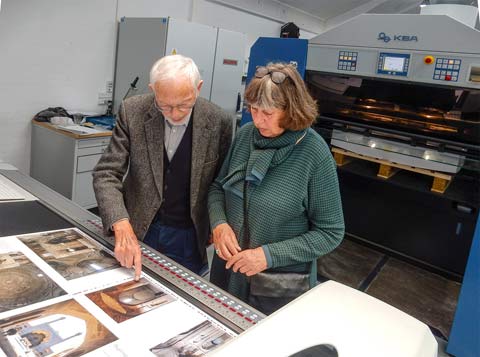 Is the yellowish brown colour of the brickwork in the Friday Mosque quite right? Isfahan is being printed on the high-tech printing press at Narayana Yoga Ashram in Gyllingnæs, Denmark. The author with wife Birgit was photographed on October 19th 2017 by Hans-georg Schröder.